Modern Architecture in the Deserts of Palm Springs

I recently returned from Palm Spring’s Modernism Week, which is an annual celebration of midcentury modern design, architecture, art, fashion and culture in the Palms Springs area of Southern California. Modernism Week encourages education through lectures, exhibitions, films, and home tours of Palm Springs’s architecture. Palm Springs has one of the highest densities of mid-century modern architecture, in particularly midcentury modern homes. At one point, Palm Springs was known as having the most swimming pools per capita in the country! Celebrities from Frank Sinatra to Lucille Ball flocked to the area and sought out architects to create their highly distinctive desert getaways.

I have always had a particular fascination with the desert environment–one reason I was drawn to Southern California having grown up in the greenery of the Midwest. It is easy to see why architects from the 1920’s and onward embraced the desert environment as their canvas to design sleek, modern homes that fit perfectly into their surroundings. The dramatic views of the Coachella Valley and expansive desertscape inspired a design aesthetic we now call Desert Modernism. In response to the intense environment and desert sun, this new style was the result of architects use of inventive materials, modern construction techniques, and new post-War technologies.

Desert Modernism employs clean lines, expansive glass, natural and manufactured resources and indoor/outdoor spaces that easily lend to simple elegance and an informal lifestyle. While there is simply not enough space here to list all the invaluable lessons from Modernism Week, I would like to point out a few notable architects and their projects in the Palm Springs area. 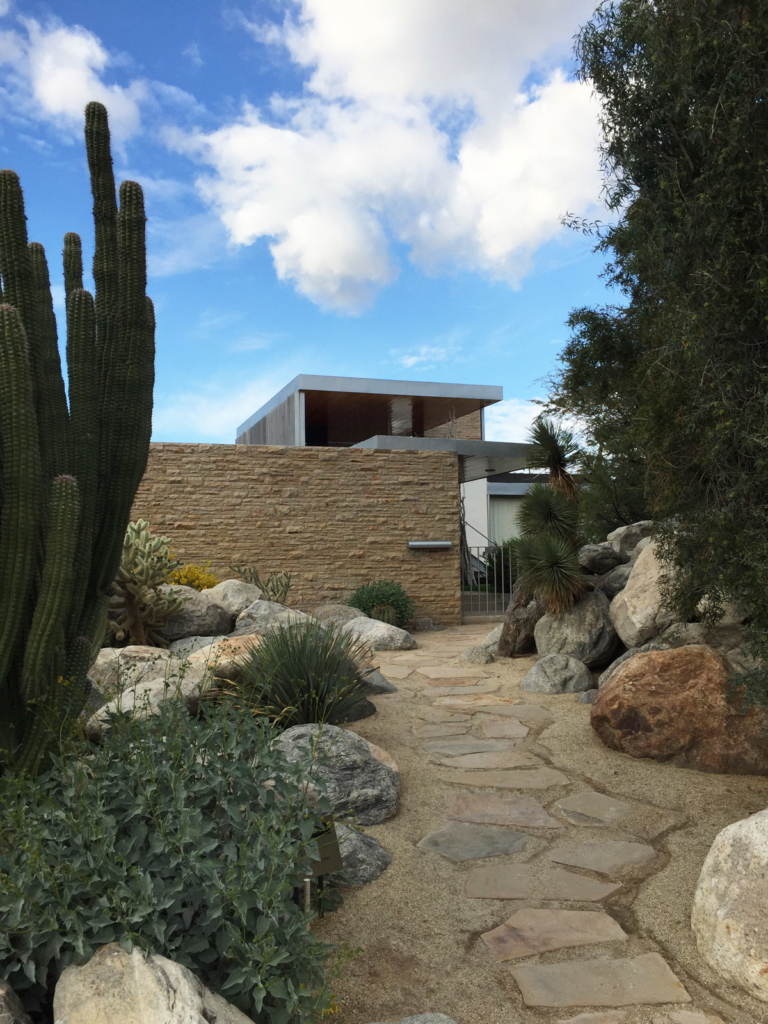 It was a treat to re-visit the Richard Neutra’s 1946 Kaufmann Desert House. This home holds a special place in my heart. Both as the first ‘case study’ project assigned to me during my second year in architecture school; and little did I know at the time, but when I moved to LA, I would work in the offices of the architects who restored this modern masterpiece.

Neutra was fascinated with the desert. In his 1927 book Wie Baut Amerika he included images of pueblos in New Mexico and Arizona. The pueblos used mudbrick masses to provide cooling in the punishing desert environment. This inspired Neutra’s use of heavy stone elements, which he juxtaposed with glass. Neutra praised the use of stacked rooms with rooftop terraces in the pueblo design. The “gloriette,” as Neutra called it, was his version of this rooftop space flanked by the chimney’s stone, with movable vertical aluminum louvers to act as a wind shield to the unforgiving desert winds and sand storms (which can be seen in this home). Neutra used a pinwheel floor plan configuration to allow for a living area as the central hub along with four spines of single-volume rooms to ensure natural daylight and cross-ventilation. 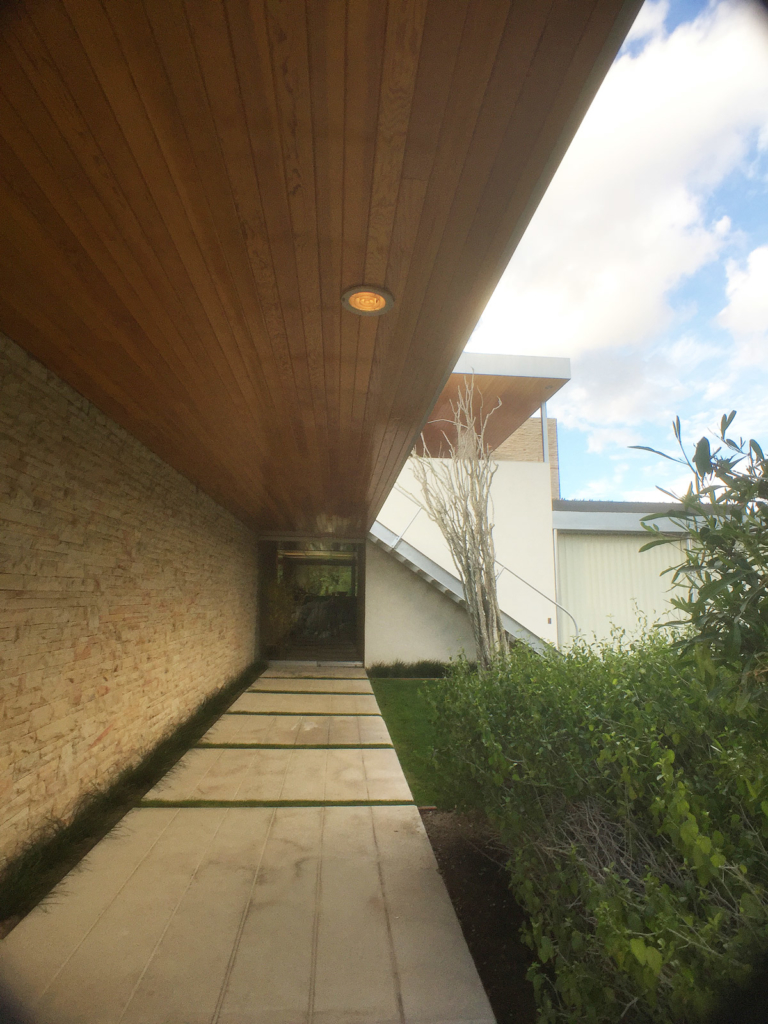 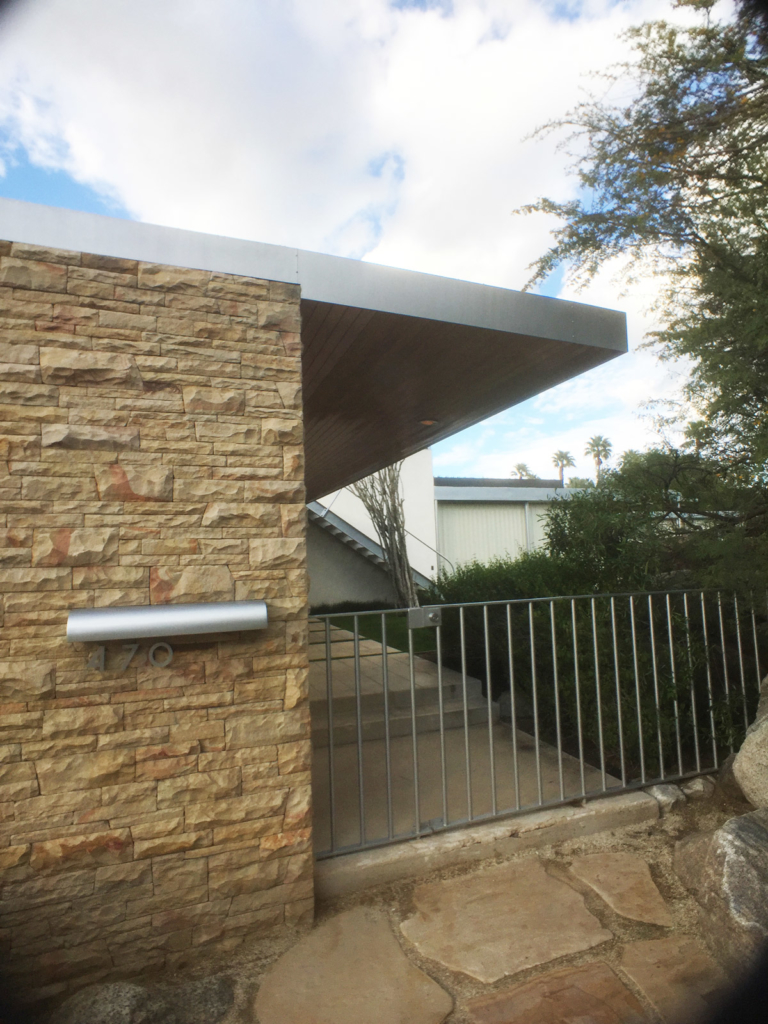 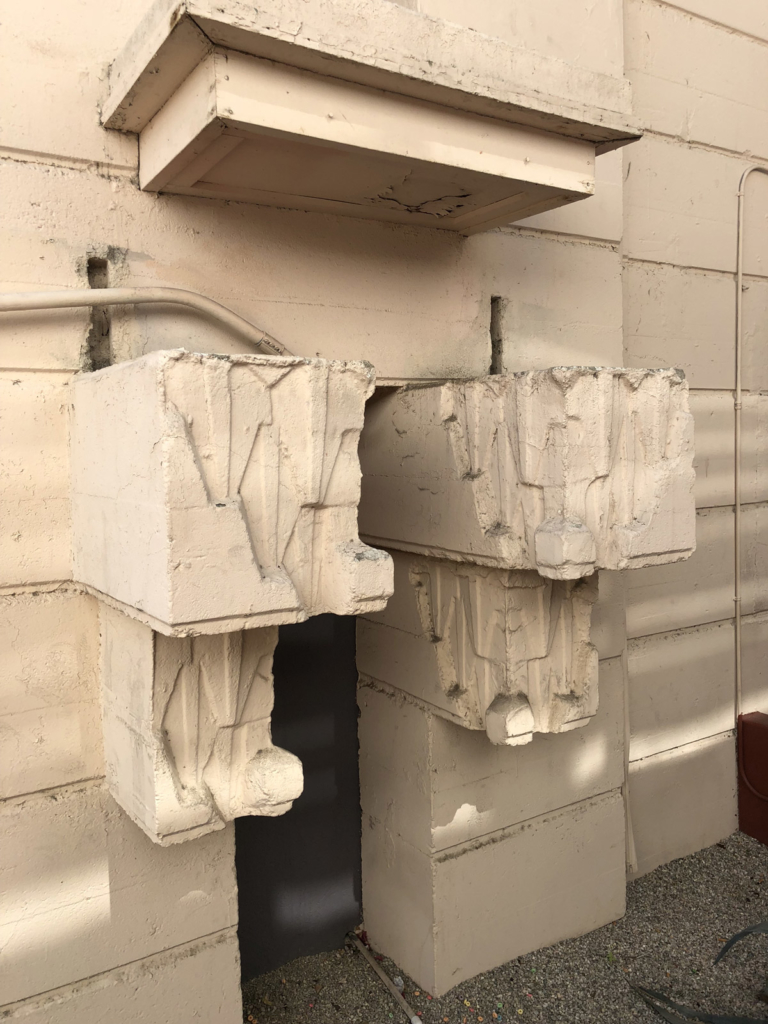 Lloyd Wright, son of the more famous Frank Lloyd Wright, was quite an inventive architect who is typically not given his due praise. Like his father, Lloyd Wright studied Native American and Aztec architecture and adapted materials of the area to develop a unique language in the desert.

In 1924, during the early days of Palm Springs, Wright was commissioned by a client who wanted to emphasize the beauty of Palms Springs in the design of the Oasis Hotel. One of the most important components of the building’s design was a tower that rose up from the desert floor. Portions of the building were to be constructed around trees as not to disturb the natural environment. Because of its modern style and distinctive pattern, it gained much attention once completed. Unfortunately, the only thing that remains of the Oasis Hotel is the tower, which was made using concrete and a new technique called slip-form construction. 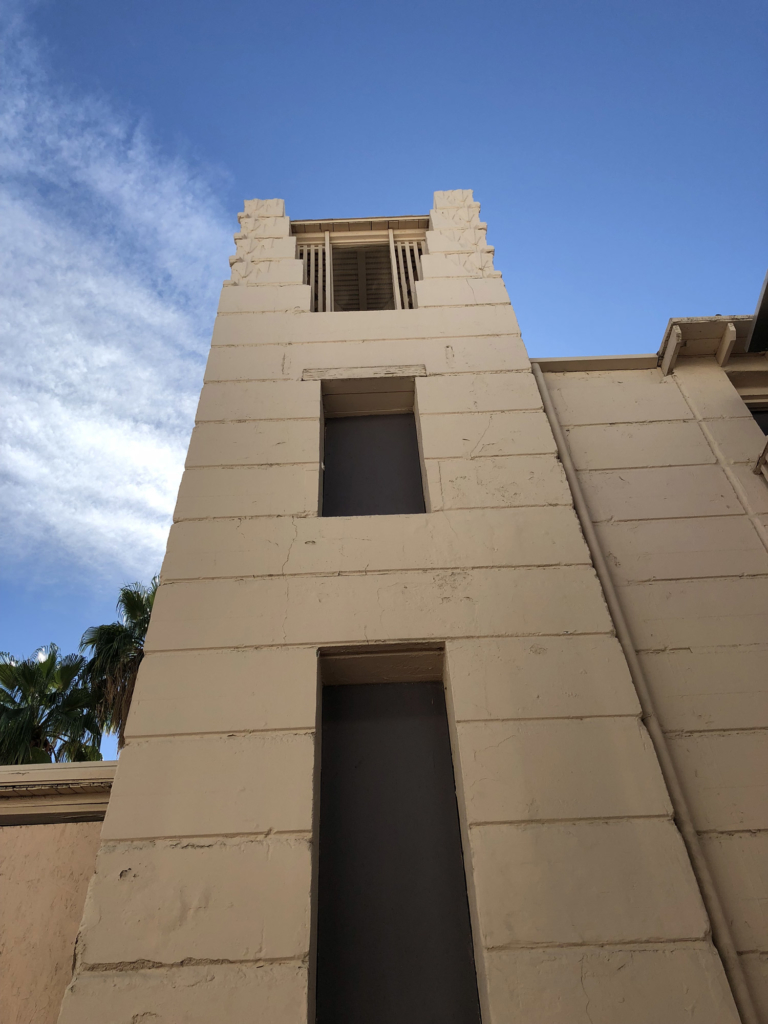 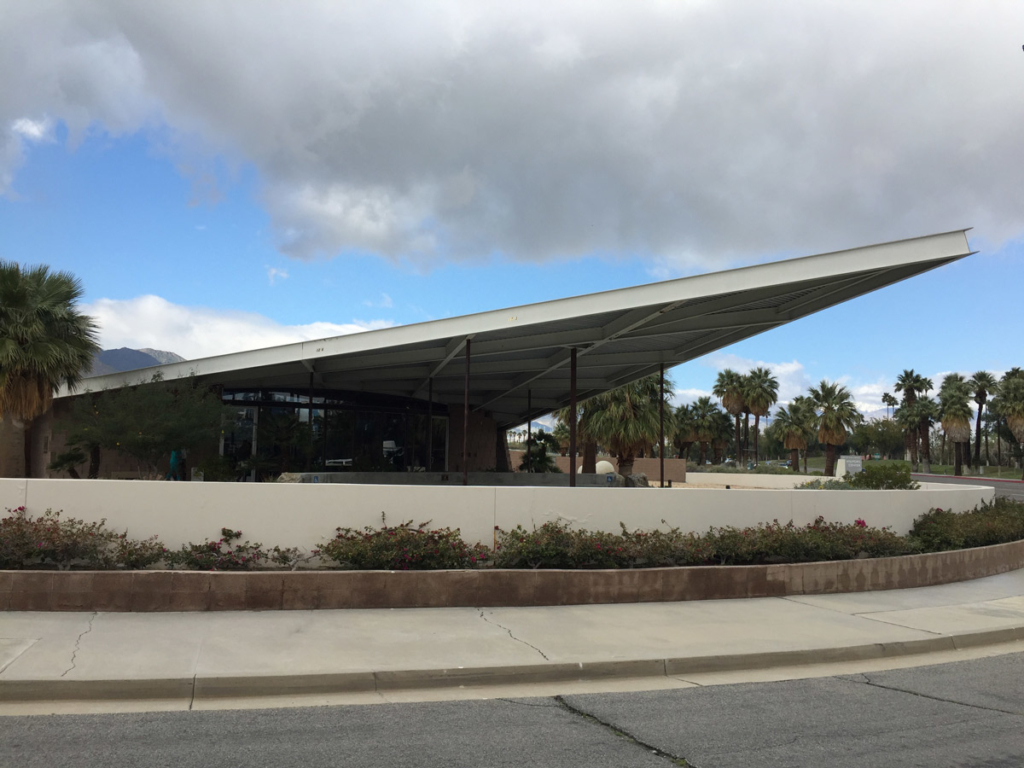 Albert Frey saw a modernist utopia in the desert. Moving from Zurich after practicing under Le Corbusier, he moved to the United States in the 1930s and was convinced that Palm Springs was the land of opportunity. Amid the arid and empty landscape, Frey could envisage the future of a perfect, modern architecture. Frey wanted his architecture and the environment to be in chorus. He studied the way the sunlight feels and how the rain pooled. He was inspired to merge aluminum, steel, and glass with the boulders and sands of Palm Springs.

Frey’s work pushed the boundaries of design. He took advantage of the post-War boom of new techniques and technologies to create economical uses of man-made materials that seem at one with the environment. In this way, Frey is the epitome of Desert Modernism. He seamlessly blended new materials with the eons old desertscape. He created sophisticated structures that are sleek, timeless and uniquely appropriate to the environment.

Palm Spring’s Modernism Week reaffirmed for me that there is an active desire in today’s home owners for not only mid-century modern design but contemporary architecture. A home perfectly designed for its environment whether set in the desert or the urban landscape, the characteristic traits of modern design have lasting appeal.

The lessons learned from these past modernist masters carry on in the tradition within firms like mine to push the envelope on design, technology, and utilize new and creative materials. We are compelled and driven by the goal of creating enduring design that will hopefully spark the imagination of future generations.

Did you attend Modernism Week? What is your favorite part of midcentury modern design?