Perfect Perch for the Pet Pooch 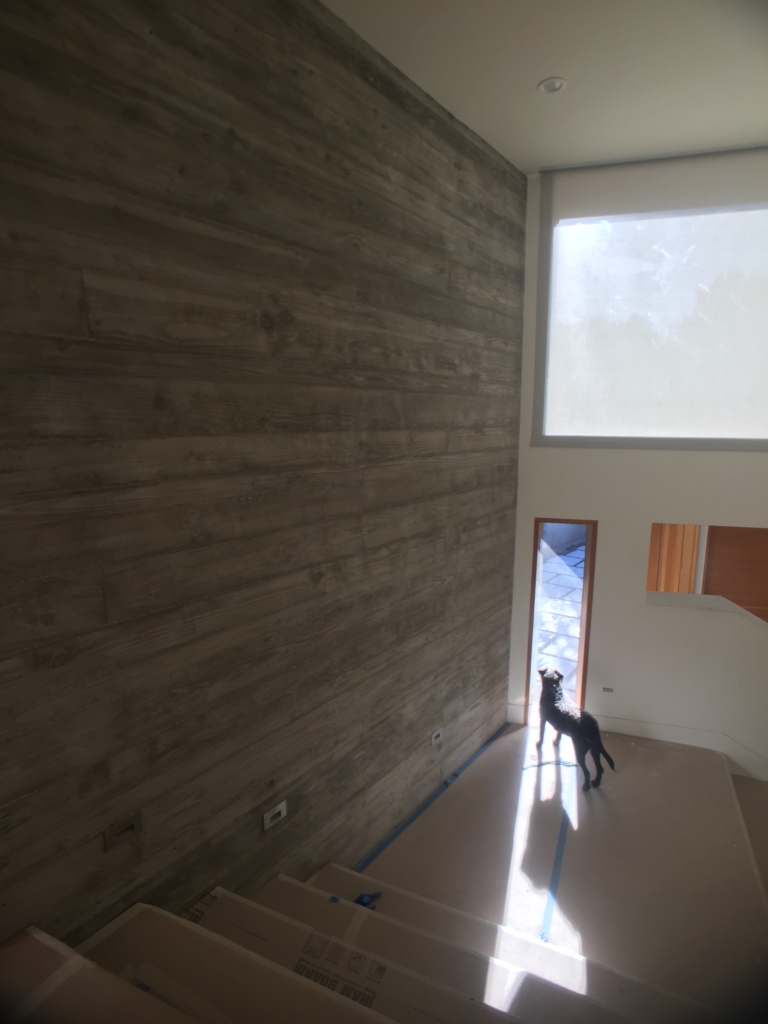 As architects and builders, we deliberate over every aspect of a home. From the overall size, proportion, and feel of the space, we try to think through every scenario for the people for whom we are building the project. We proceed from design through construction using a rigorous process that takes into account even the smallest of details. While we often consider spaces and materials for pet use and durability, it’s a true pleasure when a detail we’ve considered for the two-legged members of the family also becomes a favorite spot for the four-legged ones. 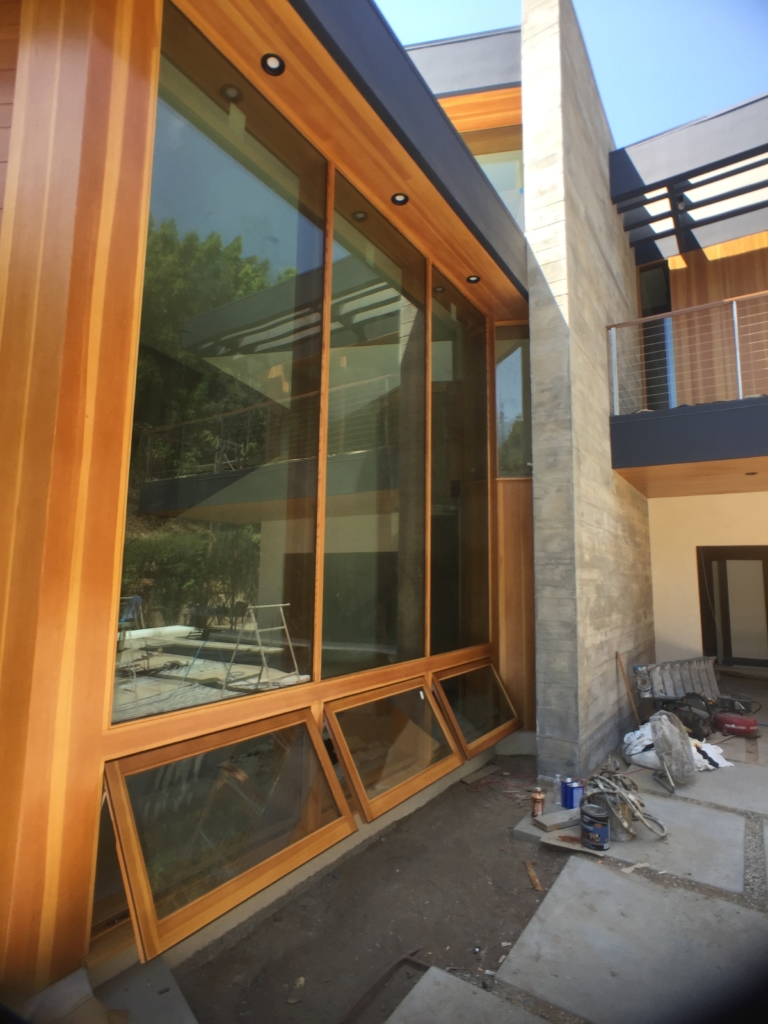 Several weeks ago when walking the Benedict Canyon job site and creating a final punch list, the homeowner’s dog, named Bird, was doing her own walk-through of her new home. For this project we had completed a major renovation and addition. We added on a second story to the existing structure and created a new single story addition.  The single-story portion contained a new front entry and the beginning of the stairwell to the new second story.

We considered quite a bit during the design how the stairs would look and function. We knew we wanted somewhat of a grand staircase, but it had to adhere to the modern aesthetic and showcase the high design and quality construction that our firm is known for and for which our clients select us for their projects.

The 10 foot wide, open stairwell has as its focal point a board-formed concrete wall.  The two-story wall becomes visible on the interior as you transition to the second story.  We designed a large landing at this intersection as the stairs climb upwards after a 90-degree turn.  On this landing at the corner of the intersection of the two rooflines, was a perfect place to carve out a small window.   The stairs are filled with light because we placed a large clerestory window in the second story portion, but the little niche window would serve other purposes beyond just letting in light.

Due to the space constraint of the wall, the window wouldn’t necessarily be very tall, but I thought it would be a simple and fun window for the family’s young children (one a toddler and the other a newborn) to enjoy as they grew older.  The window does provide a view to the drive and front entrance, and has the benefit of providing the adults a nice peek outside towards the front as they make their way downstairs.  I did not anticipate, however, that it would become the favorite spot for the family dog.  At first, I thought this was a random event, but then Bird kept returning to the same spot!

Bird can go right up to the glass, which is perfect in height for her, and look out, enjoy the warmth of the morning sun, the views to the hillside, and bark at any visitors not on her guest list.  I will kept this experience in my mind in the future as I consider the views and sight lines of all family members—even the furry ones. 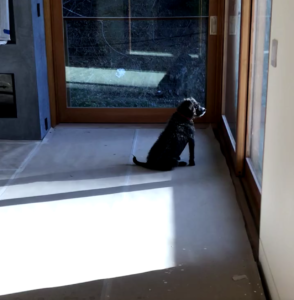 A perfect perch for a watch dog… Bird later demonstrated her second favorite window, when hanging out on the second floor: The Living Room floor to ceiling sliding glass doors!

Learn more about this Benedict Canyon home in the Portfolio.